He was the Louisiana kid who grew up acutely aware of racism but combated it by forming close friendships with people from radically different backgrounds.

He was the introvert who hid beneath a hoodie some days but left lasting impressions on teammates with his advice about how to manage money and the vagaries of public life.

Timeline: Ed Reed's career with the Ravens and beyond »

Jeanne Hall, the high school office specialist whom he regarded as a second mother, used to tell him: “Edward, you’re either going to be a preacher or a comedian.”

Though he ended up as neither, her prediction hinted at the breadth of his personality. So how did Ed Reed become Ed Reed?

He laughed recently when asked this question. “It probably came just from growing up in Louisiana, growing up in the mud,” he said. “Not having a whole lot but making it work. Seeing things differently in the South, being overlooked in the South.”

The story began with two loving parents in a crowded apartment along the east bank of the Mississippi River, about 20 miles outside of New Orleans. From his mother, Karen, he learned discipline and care for those around him. From his father, Edward Sr., who will introduce him at the Hall of Fame induction ceremony Saturday evening, he learned the stoic commitment needed to make a living as a welder (or an All-Pro free safety). 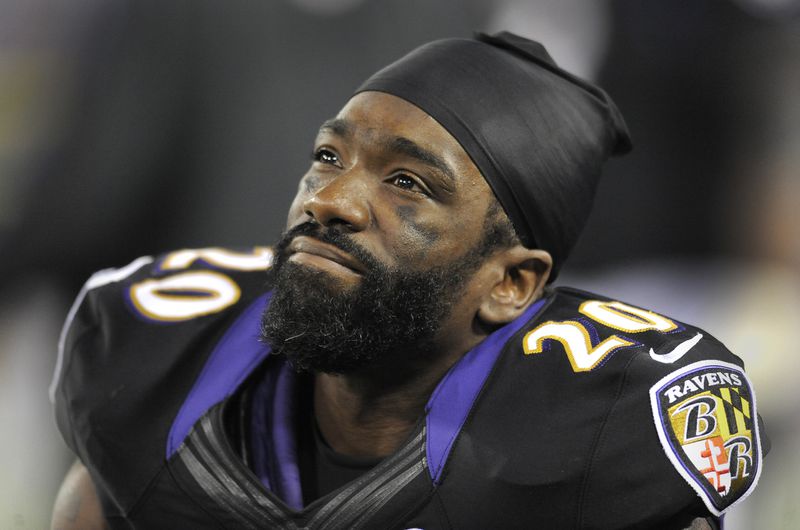 “My dad would leave at 4 or 5 in the morning and then I wouldn’t see him until evening,” Reed remembered. “The conversations we used to have, he would tell me, ‘A man takes care of his home first. A man handles his responsibility. He doesn’t ask another man for anything.’ ”

His sense of humor and zest for verbal combat? Those came from studying tapes of Richard Pryor, Redd Foxx, Eddie Murphy and the performers who appeared on “Def Comedy Jam.”

But there was always a silent, contemplative side to Reed, according to him and those who’ve known him longest. As a kid, he’d sometimes pull on headphones pumping with gospel music and tune out everything else.

Reggie Wayne, his college roommate at Miami, recalled frequently entering their apartment to find Reed lost in thought on the couch. No television. No video games. Just the world of his mind.

“He always thought outside the box,” Wayne said with a chuckle. “To the point where if you tried to talk to him about it, he’d give you a headache.”

Though all the traits that would make Reed a unique player were in place, he’s the first to say none would have mattered had he not found the right mentors to lean on.

As Ed Reed prepares for Hall of Fame call, he remembers the relationships that got him there »

He was a self-described knucklehead, drifting toward self-destruction, when Ben Parquet, a longtime student advocate for the St. Charles Parish school system, got a hold of him in middle school. Parquet would pop Reed in the chest and tell him he could be great if he channeled his considerable energy into sports and academics. He also steered Reed toward Mrs. Hall, who frequently allowed him to stay at her house when he needed to focus on school work at Destrehan High.

“They were my guardian angels,” Reed said. “I don’t think people understand how much it means to a kid just to have someone check in on them. … My parents had to work. They weren’t always checking in to know what was going on from a school standpoint. They hoped I was doing the right thing, but kids don’t always do the right thing. So, to have them extra eyes there, man, that meant the world to me.”

Reed kept those examples in mind when he started his own foundation in Baltimore during his first year with the Ravens. His adopted city reminded him so powerfully of his hometown, where kids struggled to see beyond the narrow borders of their neighborhoods.

“Especially in black communities, we’ve been so groomed to stay where we are and not like people in the other neighborhoods,” he said. “It’s crazy. It won’t allow people to experience life and see what the world truly has to offer. People are stuck in their ways, stuck in their communities, stuck on their streets.”

He remembered the boost he felt when his high school football coach, Scott Martin, took the team to Atlanta for a preseason camp. Reed, then a junior, realized he could outplay athletes from all over the South, and his vision for the future expanded. 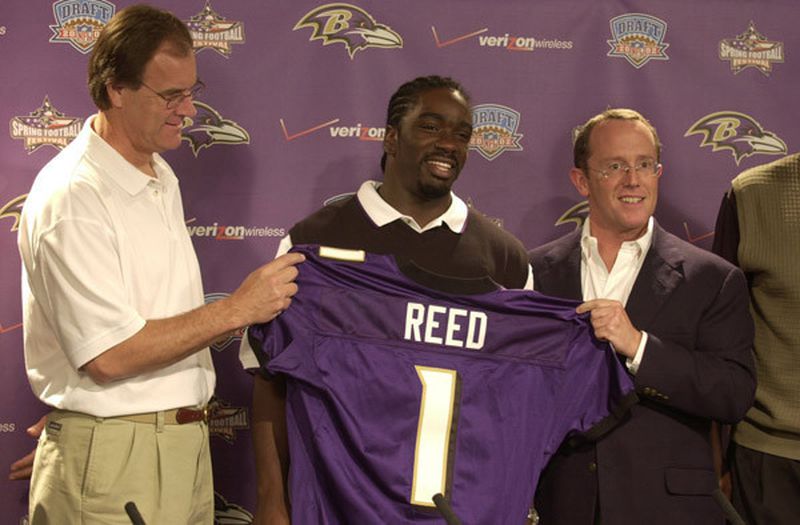 “Exposure,” he said. “Environment and exposure. Those have been my biggest things, because I was one of those kids.”

Reed put down Baltimore roots quickly, patronizing mom-and-pop stores and forging a relationship with Booker T. Washington Middle School that persists to this day. He delivered meals at Thanksgiving and encouraged kids to look to the horizon, where college and other opportunities await.

His formative experiences taught him to look beyond obvious differences. He recalled being the only black member of his high school baseball team and listening as white players defended him against the prejudices of their friends.

From the archives: Ed Reed coverage through the years »

In Baltimore, he formed some of his closest friendships not with other athletes but with a radio host named Glenn Younes and two financial advisers named Brad Davis and Brad Schwartz. They were the guys he invited over for Monday poker nights and film-watching sessions.

When it came to assuming a leadership mantle inside the Ravens’ locker room, Reed said that also felt like second nature. Even in high school, Parquet had asked him to counsel younger athletes. But he believed in showing rather than telling.

Asked how quickly he realized Reed would be a transformative partner, Lewis did not hesitate. “First day,” said the 2018 Hall of Fame inductee.

Reed’s approach, his common touch with little-known newcomers, made him at least as revered as Lewis.

“The things he did would make you want to be like him,” said former Ravens defensive back Lardarius Webb, who idolized Reed and approached him with wide eyes when he joined the team in 2009. “I figured if he had an iPad and a playbook in his hands at all times, that must be the key.”

The impending Hall of Fame ceremony has inspired Reed to review his life — the people who mattered and the reasons he became who he is. Two weeks before the enshrinement, he wasn’t sure if he wanted to talk extemporaneously, as he always has at public appearances, or compose a speech.

“It’s a lot to think about,” he said. “People say, ‘I can’t wait to hear your speech.’ And it’s like, ‘Damn, am I supposed to get up there and have my ‘I Have a Dream’ moment? Is it that significant? … I don’t know man; it’s very interesting.”

Above all, he wants to be genuine. If his past is any guide, that won’t be a problem.